Home / Noticias / ALEX TXIKON WINTER 2020 - es
03 February 2020
ALEX TXIKON, A WINTER FULL OF ADVENTURES FOR THE BASQUE MOUNTAINEER
An unstoppable Alex Txikon is collecting several winter climbing in the most remote lands of the world, being supported by Ferrino with backpacks, tents and camp equipment.
Alex has started in November for his first seasonal expedition, being engaged in Antarctica exploring the South Shetland Islands on a sail-boat, looking for unspoiled peaks and faces to climb.

Not happy with his exceptional achievements on polar ice, he moved to Nepal during the last months on to the winter expedition of the Ama Dablam (6.812m), having reached the peak on 25th January together Jonatan Garcia and the sherpa Kalden, Cheppal and Pasang.
"The Alma Dablam made things difficult to us, but it was a very special climb, with the whole mountain for us".

Txikon is now ready to attempt his first winter climb to the Everest, approaching the mountain in classic mountaineering without oxygen from the South Col way.
Ferrino accompanied Alex Txikon since the first months of this long winter season providing the tents of the Ferrino High Lab line, characterized by very high performances and which each year offer shelter to numerous mountaineering expeditions on the highest peaks of the earth.
"We are flattered that Alex has chosen Ferrino as a partner for his many winter adventures and we are happy to provide him with our high range products, knowing that they will have to endure very adverse weather conditions" - says Anna Ferrino, CEO.
Among the tents of the Highlab line, the brand new Pilier stands out. This is a must by Ferrino that has been updated for some details and which will be released on the market the next winter. This tent has been chosen by Alex because it’s equipped with an exterior poles system that allows a quick assembly. During this delicate step, in case of adverse weather conditions the internal chamber doesn’t get wet and there’s no risk of losing some components.
In line with the Ferrino product development procedure, during these months  of expeditions, the Pilier tent will be put to the test and subjected to a very severe strain before being placed on the market.
FERRINO PRODUCTS USED BY ALEX TXIKON
PILIER 2 TENT
X.M.T. 60+10  BACKPACK
ABOUT ALEX TXIKON
Alex Txikon was born in Lemon (Basque Country) in 1981. He's the youngest of 13 brothers.  One of his brothers introduced him to the mountaineering as soon as he could walk: with only 3 years, Alex climbed the Gorbea in the Basque Country. Similarly, he was only 21 years old when he reached the peak of his first eight-thousand: the Broad Peak (8.051 m) in Pakistan. To the moment, with 38 years, Alex has been part of more than 30 expeditions, reaching 11 eight-thousand of the 14 mountains that exceed 8.000 meters in the world and. In the last decade, he specialized himself in high altitude expeditions during the hard Himalayan winter.
Actually, he's the only mountaineer who leads winter expeditions every year since 2011. In 2016, with the Pakistani Ali Sapdara and the Italian Simone Moro, Alex Txikon accomplished the first winter climb to Nanga Parbat (8.126 m). Since then, he attempted to climb the Everest in winter  in 2017 and 2018 and to the K2 in 2019. During 2020 winter we will see him engaged in his third attempt to climb Everest.
www.alextxikon.com 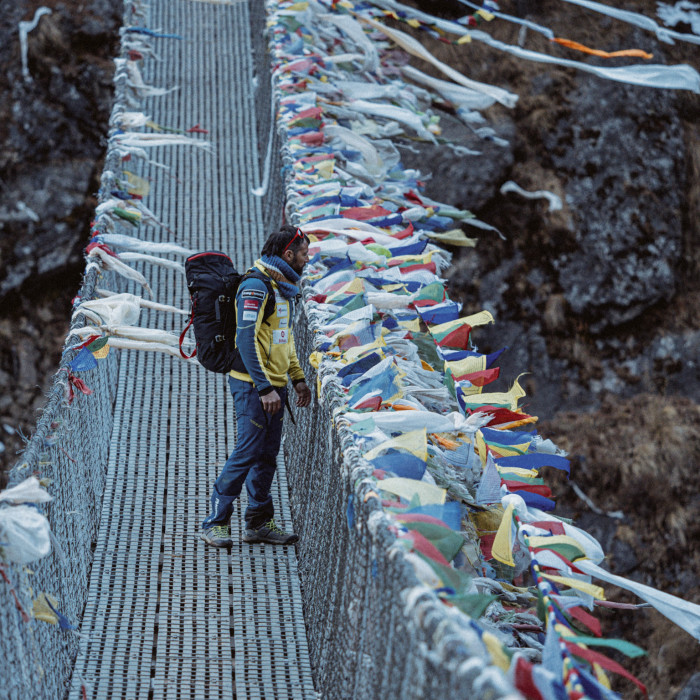 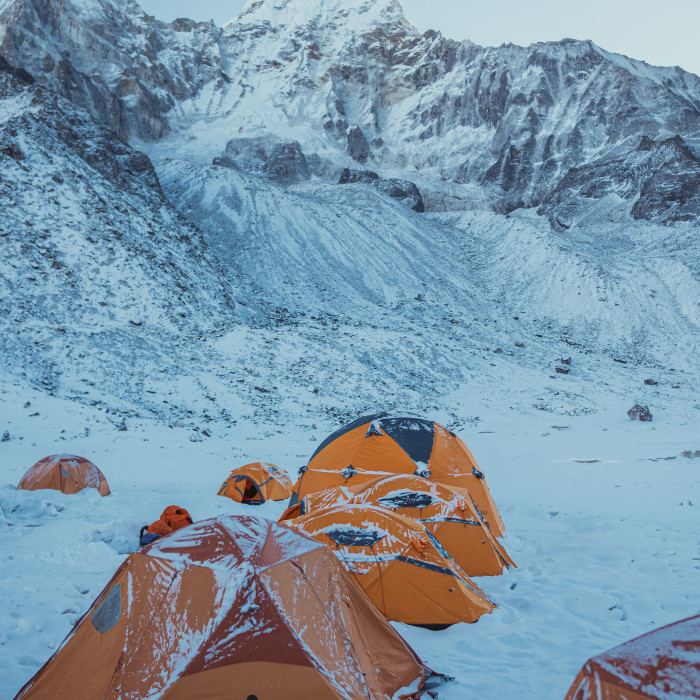