Omar Di Felice, who has recently finished the first part of his Arctic world tour following the line of the Arctic Circle, is preparing for his next transfer. After cycling through Kamchatka for 800 kilometers, from Petropavlovsk to Ust-Kamchatsk, through a severe snowstorm in a hostile environment, he is now preparing to move to Murmansk, Lapland, for the second part of the project. The ultracyclist from Rome covered that distance in the easternmost part of Russia in 5 days and 8 hours. "When I left Petropavlovsk two policemen asked me what my plan was and why I was cycling in those conditions, when I answered they first widened their eyes, then they added 'You have more than 99.9% chance of not getting to Ust' -Kamchatsk'".

Omar, let’s draw conclusions about this first part. How did you experience the crossing of Kamchatka?

It’s strange to think of having crossed this peninsula, where the weather is often extreme. Strong winds, sudden storms. It was an adventure that perhaps deserved a dedicated space, instead it is part of a larger project. Getting to the end of the trip was certainly great, but in the end it was a long warm-up for the next challenges.

You had a difficult start…

Very difficult and discouraging. I left Petropavlovsk, the capital of Kamchatka, under a severe storm. After ten kilometers I was stopped by the police who escorted me out of the town, trying to discourage me. They explained to me that the weather was very harsh those days and that Kamchatka is no joke during winter. The thing that impressed me the most was that after 3 hours I had only covered twenty kilometers. I wasn't going well. Then, slowly, one pedal stroke after the other, the situation improved.

What have been the biggest difficulties?

I didn't find the intense cold I was expecting. In general, the thermometer settled around -12 -15 degrees. Not so low to risk frostbite. The weather conditions made the difference, especially on the last 300 kilometers on an entirely dirt road where no snowplows usually pass by. There it was really difficult to go ahead and manage the bike.

Let’s talk about the environment, how is Kamchatka?

Amazing. It is a remote place, with villages hundreds of kilometers far away from each other, where nature wins. It rules everything and proves that every day.

How was meeting the locals?

To guarantee myself a warm place for the night, every day I used to cycle for about 200 kilometers, which means 10 or 12 hours on the saddle. The people met along the way warmed my heart. Obviously I got a lot of media hype, but I also got a lot of encouragement. As always, those who live in extreme places have their hearts open to others. They also told me that I'm the first to do something like this in winter, I was quite pleased.

Has it been as you expected?

I didn't have any particular expectation. As mentioned, I was pleasantly surprised by the hospitality, otherwise it was a discovery at every pedal stroke. A unique place. 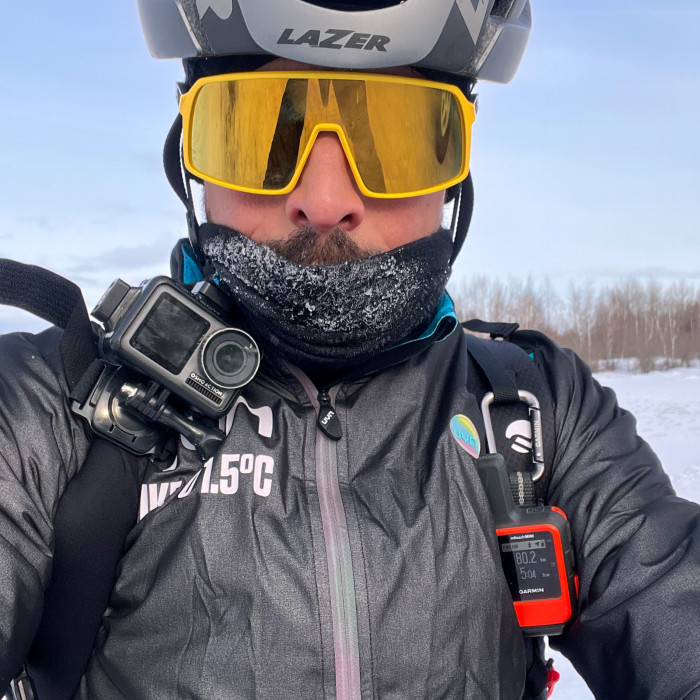 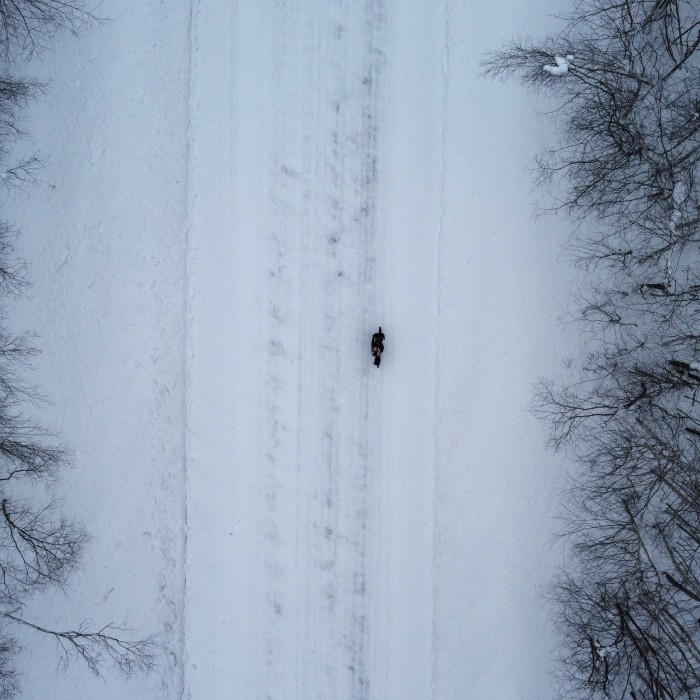