Andrea Lanfri and his Monte Rosa traverse, an incredible ride

Six days on the glaciers of Monte Rosa, from peak to peak, crest to crest. This is the incredible alpine journey completed by athlete Ferrino Andrea Lanfri and his team mate Massimo Coda, between June and July.

Andrea Lanfri, mountaineer and paralympic athlete has done it! He has completed his Monte Rosa traverse together with team mate Massimo Coda. For Lanfri, who lost both legs and seven fingers to meningitis with meningococcal sepsis, this is the latest in a long line of mountaineering challenges, successfully completed after summiting Mon Blanc, Monviso, Gran Paradiso, Marmolada, Chimborazo and Puntha Hiunchuli (Himalayas, 7247 m). Andrea is dreaming about Everest but in the meantime, he’s not hanging about, and is doing his best to achieve his sporting and mental aims.

After setting out from Gressoney on 27 June, Lanfri and Coda took six days to reach Cervinia by crossing Monte Rosa. “It was a tour that I enjoyed immensely”, Lanfri tells us. “Climbing a mountain is already fascinating, but completing a traverse is even more so”. The two men set out for their independent experience, taking with them all the necessary to sleep, cook, camp out and move safely in a high mountain environment.

Can you tell us about your adventure, Andrea?

We set out from Punta Indren  on 27 June, touching Punta Giordani and then the Vincent Pyramid. From here on, the weather began to change; the clouds descended on us and a violent storm began beating down on the mountain. We were 70 metres away from the Bivouac Felice Giordano, but it was practically impossible to get there.

So what did you do?

We pitched our tent and got inside. 15 minutes later, all hell broke loose and it went on like that until the Monday morning.

When conditions improved, we set off again, even if we were still completely immersed in fog. The fog stayed with us the whole time, except for a few clear spells. We only saw the sun on the last day.

How did you find your way?

Using GPS, which was essential. Generally speaking, our progress was really slow and we were a day behind on our original schedule. Tuesday afternoon, we arrived at Capanna Margherita, where we stopped off for the night. It was even hard to reach the Capanna, with the last section being icy and strong gusts of wind that forced us to secure ourselves with an ice nail. We hoped the next day would be better, but the good weather didn’t come until the afternoon. We did manage to complete the “Nose” on Schneedomspitze (4272 m) and from there, we reached the Quintino Sella refuge at Felik.

After spending the night, we set off again, completing the Castor crest, in lashing winds. I have to say that I thought it would be easier. From the peak, we descended on the opposite slope, down to Bivouac Rossi e Volante. We completed the last passes on Breithorn and down to Cervinia, and finally we saw some sunshine.

In the end, you didn’t manage all 21 peaks on Monte Rosa…

We didn’t do it because of the weather conditions and the awful snow. There are still 8 on the list. I've done some in the past, but I’d like to do others before September.

Our target was to complete the traverse, and we did that.

Where did the traverse idea come from?

Massimo and I started talking about a new project this winter, after climbing different peaks in the Alps the year before. And then we said to one another: “Why don’t we try the Rosa traverse?”. So we set down a draft and started with the practical organisation.

What do you take with you from this experience?

It was wonderful. We even did well at getting through the most complicated situations and we never let things get us down. We always managed to find the most logical situation, calmly and rationally, even in a storm or when there was zero visibility.

I’m really pleased with how it went and I’d love to do it again, maybe in better weather.

Did you never think about giving up, in view of the weather conditions?

When we got to the Guide del Cervino refuge, where we met up with Abele Blanc, who had come up especially to congratulate us. He had been following us for a few days by GPS, and wanted to congratulate us in person. It was a truly unique occasion. 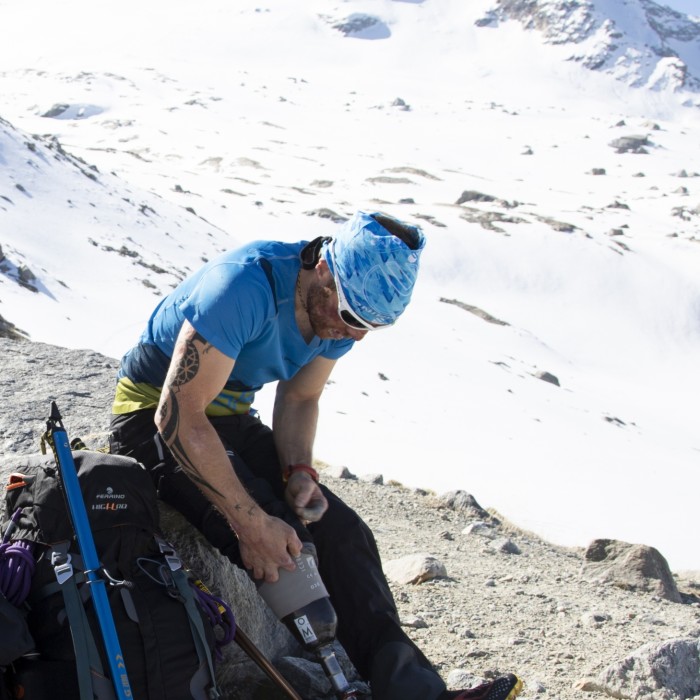 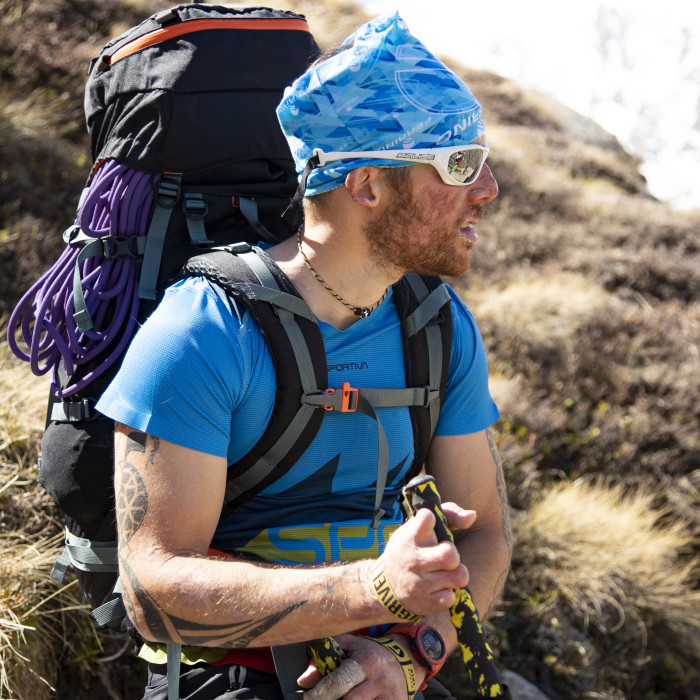 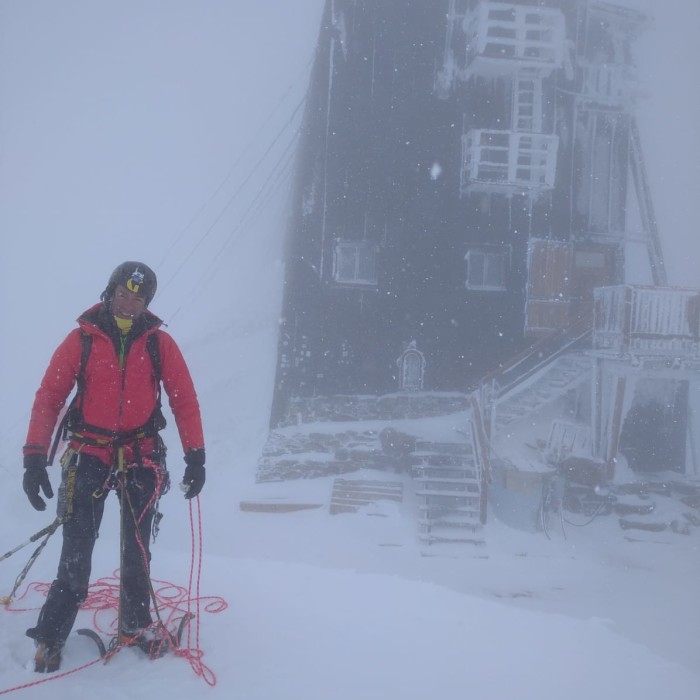 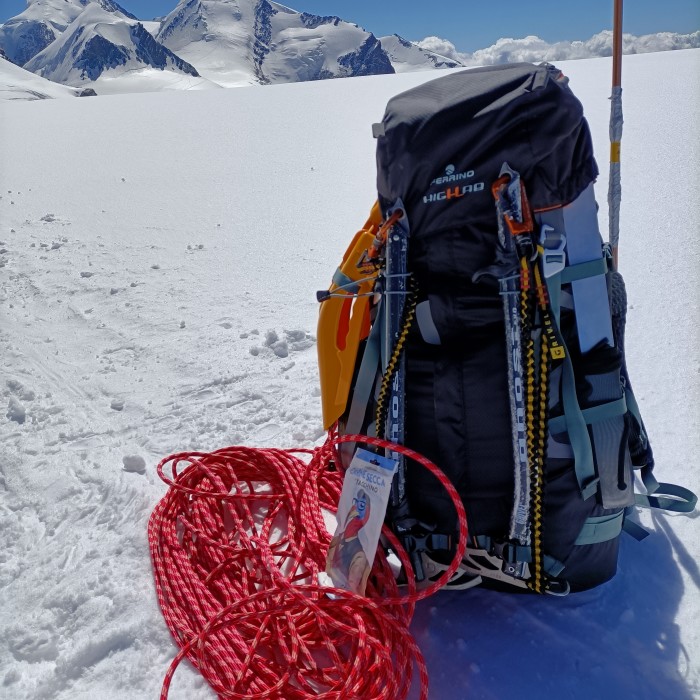 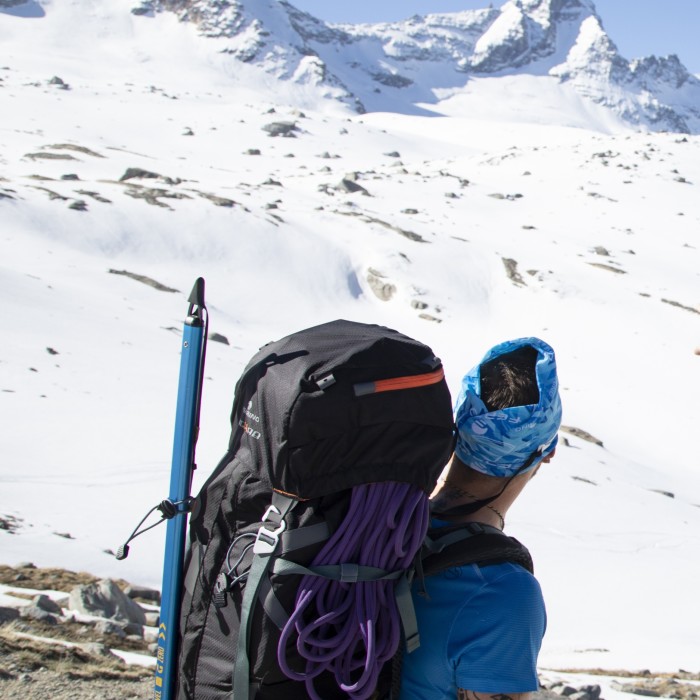 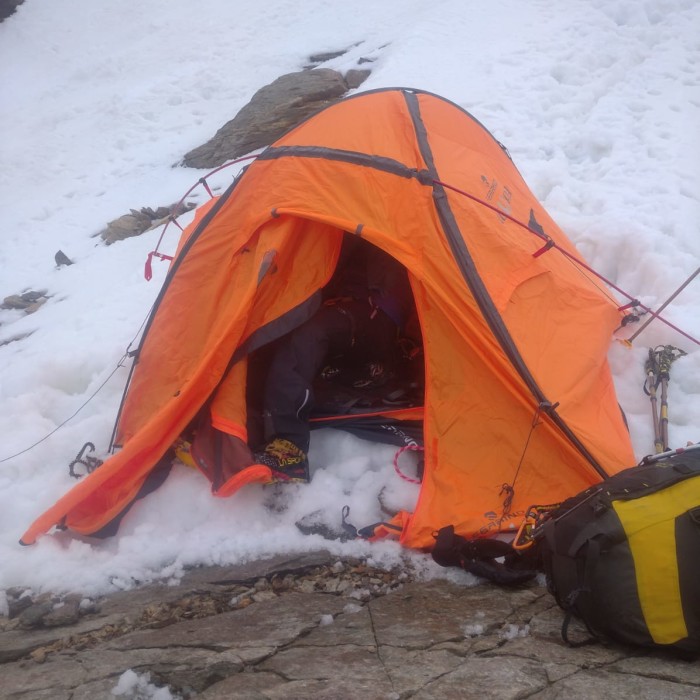 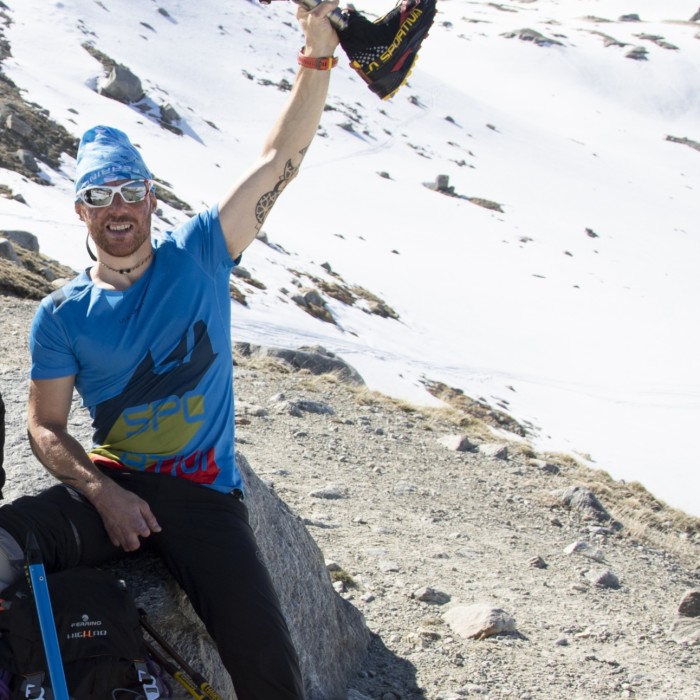 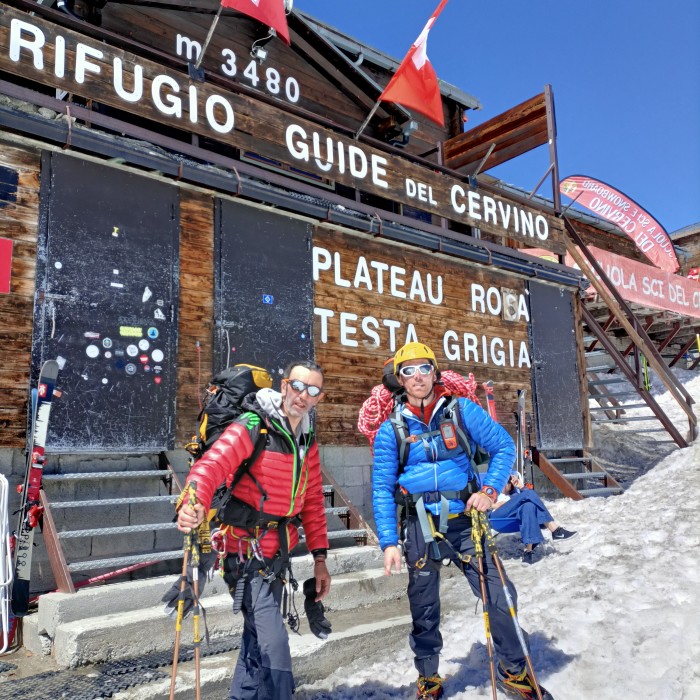