A journey in a desert of salt; canyons, tunnels, waterfalls and monumental diapirs

The last expedition to Iran concluded with the mapping of five new kilometres of unexplored caves by La Venta (Association of Speleology and Geographical Explorations), the historic partner of Ferrino.

The expedition to look for new caves was concluded at the end of February. The Italian scientists, in partnership with the University of Shiraz and the Iranian Association of Speleology, explored the salt diapirs in the area to the south of Shiraz in Iran.

The territory and geological context

In this part of Iran other diapirs have been explored in recent years by speleologists from Czechoslovakia, whose research led them to discover the longest salt cave in the world, which is more than five kilometres long.

The salt of the diapirs in this area was deposited over 500 million years ago in a shallow sea, spread over a vast area that goes from present-day Iran to the Persian Gulf, accumulating in layers often alternated with limestone, marl and sandstone, for a total thickness of more than 1,000 metres. Therefore, the salt deposit was buried and sealed under thousands of metres of other sediments. In successive eras, because of its lightness and plasticity with respect to the surrounding rocks, the salt was repeatedly squeezed and moved, eventually reaching the surface, probably around twenty million years ago. The salt is still slowly coming out of many diapirs and once it has emerged it is rendered even more plastic by rainwater and flows down the surrounding slopes at greatly varying speeds, forming namakiers or glaciers, so called because of the obvious similarities with glaciers.

The caves explored this year are in the salt glaciers. In the preliminary phases of the expedition the team carefully examined satellite images and identified dozens of large sink holes and deep wells in large salt domes with exotic names: Khoorab, Jahani, Gach and Siah Tagh.

Upon arrival the team began mapping and exploring the Koorab Jahani salt diapirs, where the previous expedition had left off. New wells were chosen and sources explored, without any particularly relevant results, due to the continual geological and structural collapses that characterize these cavities.


Once the salt diapirs in the Firuzabad (Fars) area had been explored, the expedition divided into two groups. One group went to the area near Lar, which was unfortunately found to be of limited speleological interest, while the second group went south to the salt diapir known as Kuh-and-Namak (Dashti).

This diapir was a considerable size and fully emerged – 36 square kilometres and more than 1,400 metres thick, a desert of salt with an almost spectral landscape of pinnacles and razor sharp karrens.

In these new diapirs the areas of contact with sandstone and limestone, which gave rise to the creation of tunnels in the salt eroded by the water that flows through its depths, were reached.
In this unique geological context almost five kilometres of new caves – salt canyons, tunnels and waterfalls – were explored and mapped.

What the explorers say

“Two days of torrential rain,” said Luca Imperio, head of the expedition, “allowed us to follow these ephemeral rivers in the depths of the diapirs, shedding light for the first time on unexpected environments with salt crystals of various colours and forms of animal life fully adapted to this totally inhospitable desert environment. As with La Venta’s main projects this expedition was not limited to simple exploration but was decidedly scientific in approach thanks to the presence of a team of expert speleologists, biologists, physicians and geologists. In fact, samples were taken of hypogean life forms and rocks, as well as 3D laser scans of the most relevant internal environments. Lastly, we took an aerial photogrammetry of the external areas with a drone.”

Are there any projects for the future? “As often happens,” concluded Imperio, “there is never enough time to complete the explorations, therefore another highly technical expedition is being planned in order to get to the top of the diapir explored to look for higher entrances that feed the rivers and waterfalls that come out at the base.” 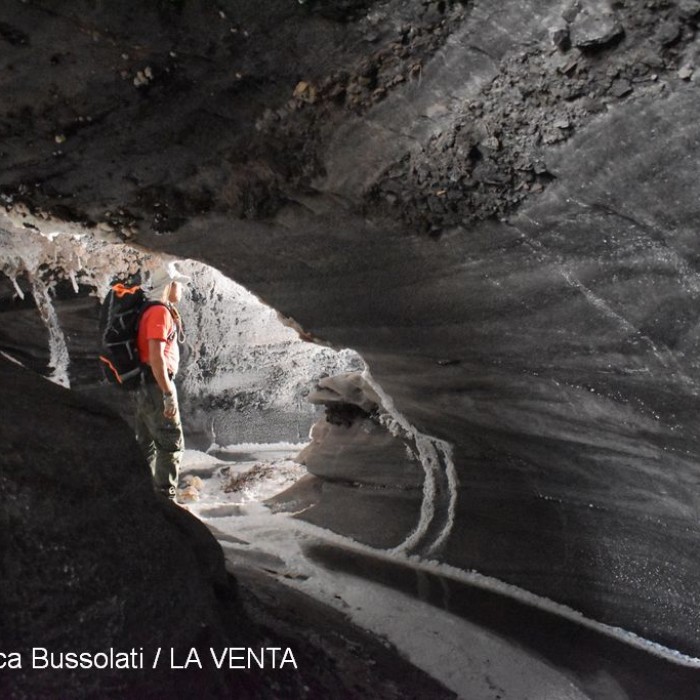 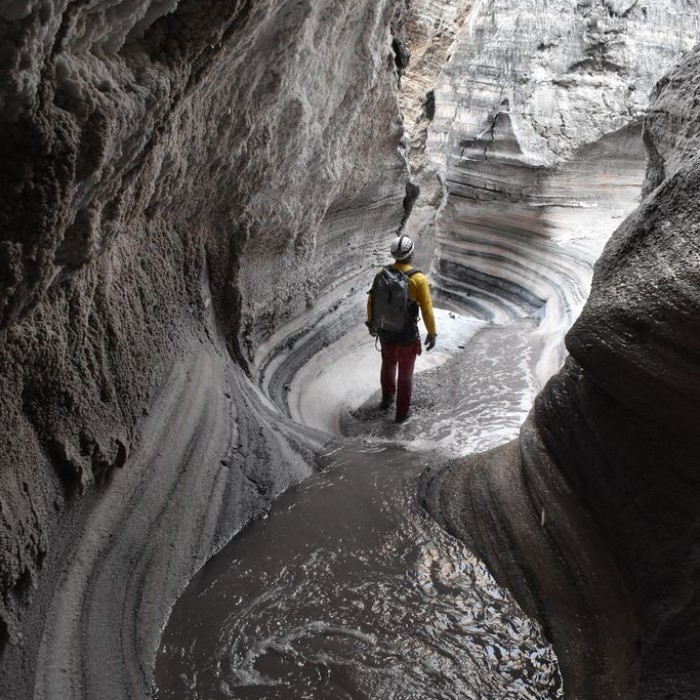 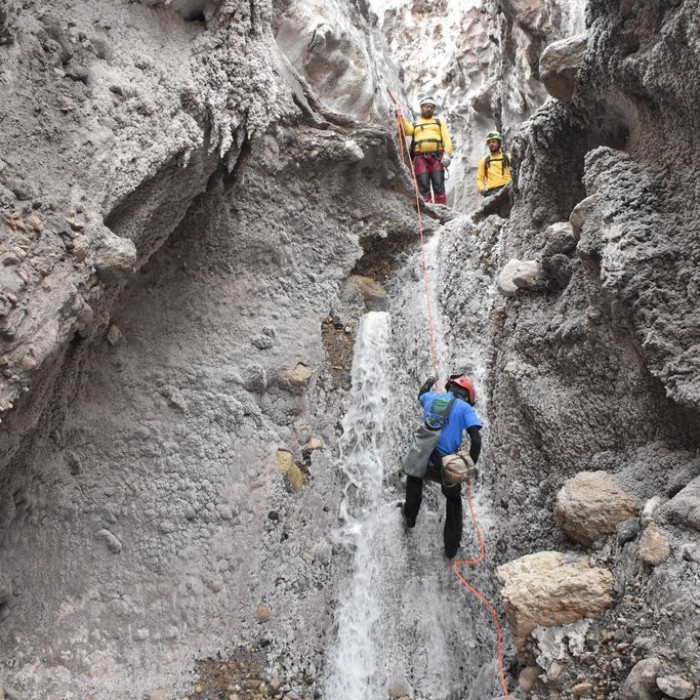 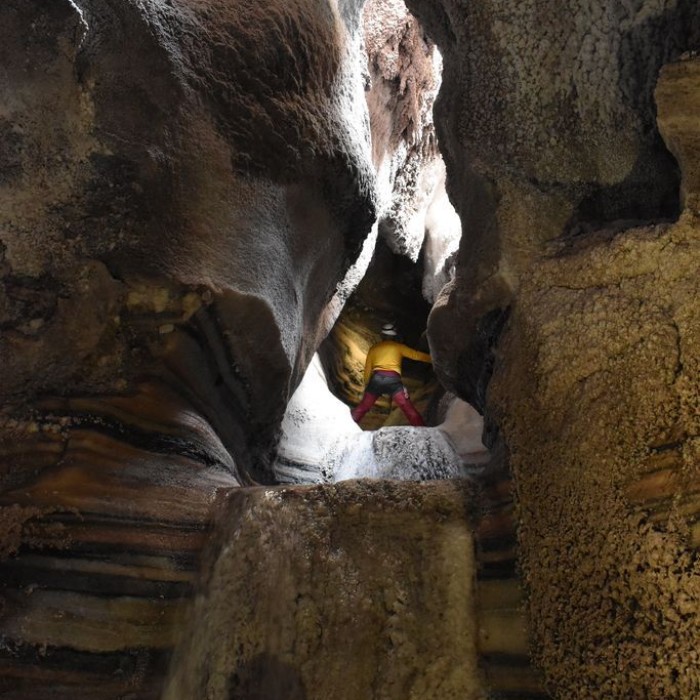 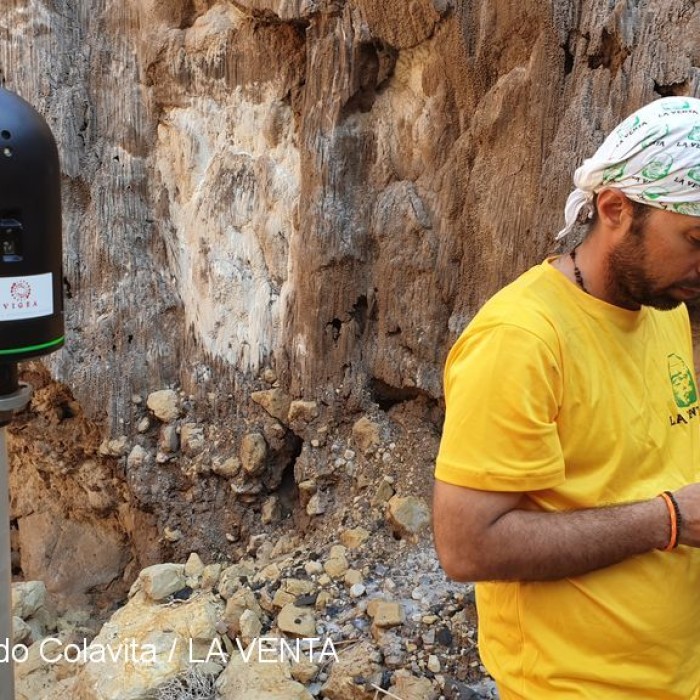 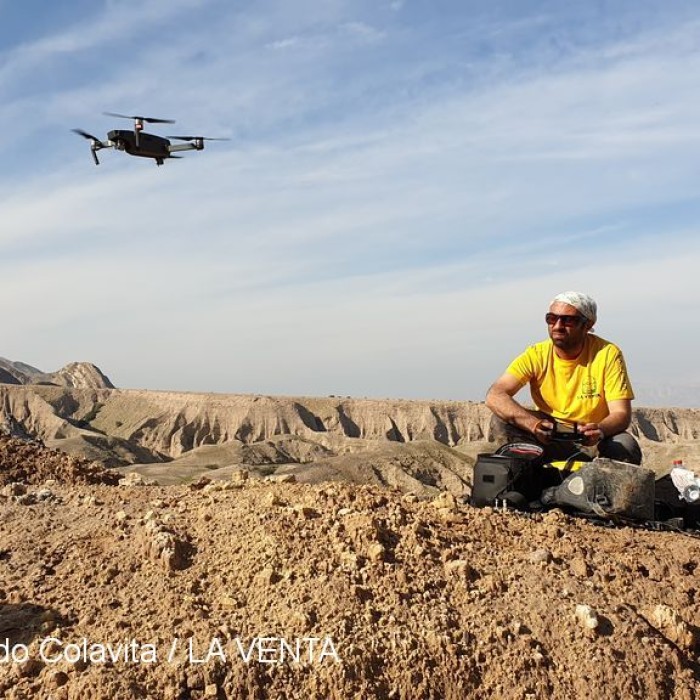 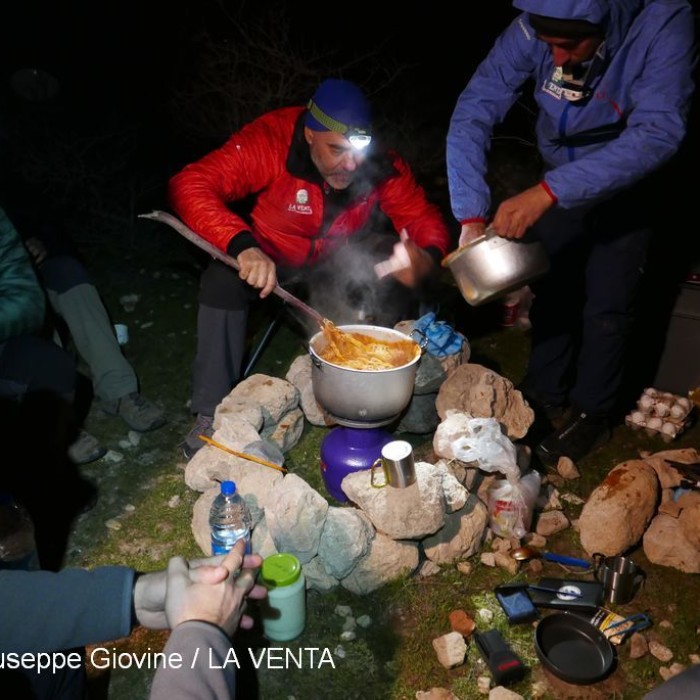 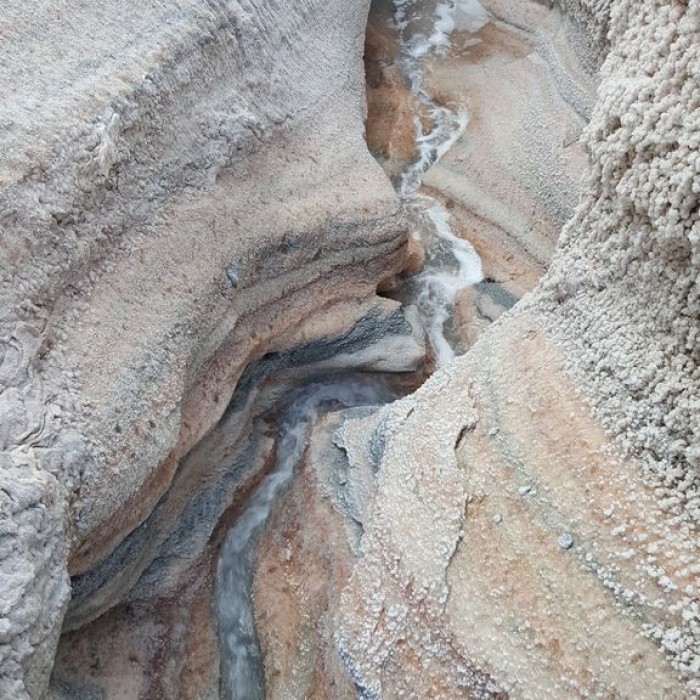 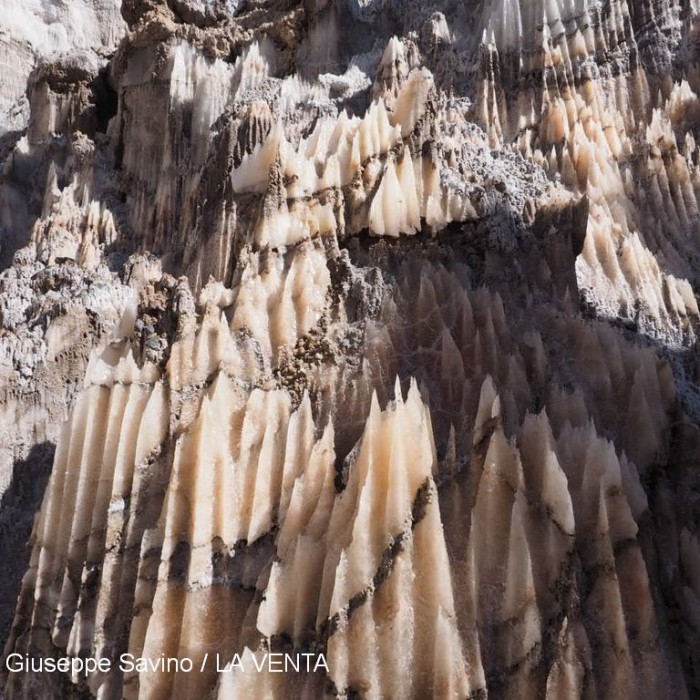 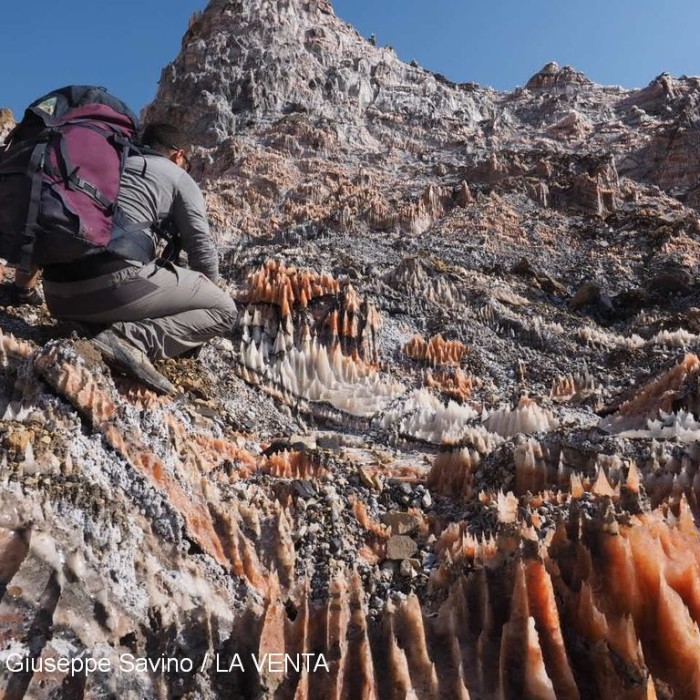 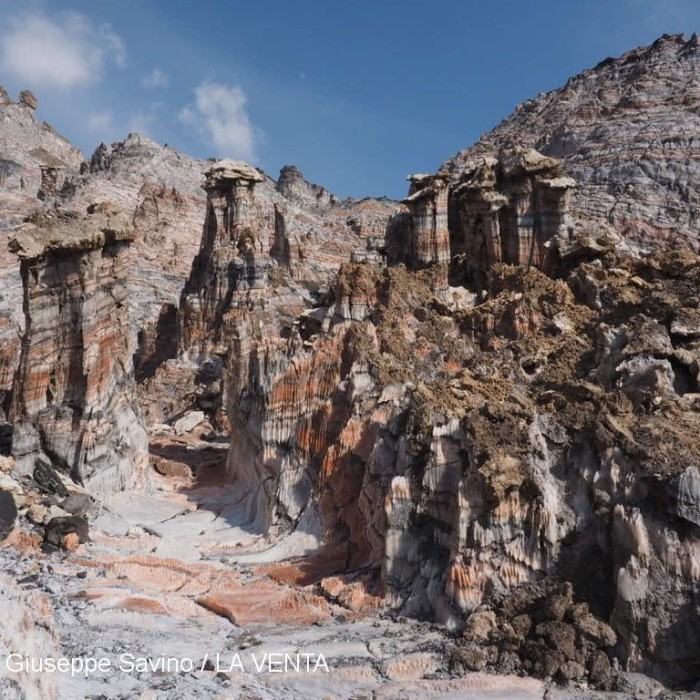 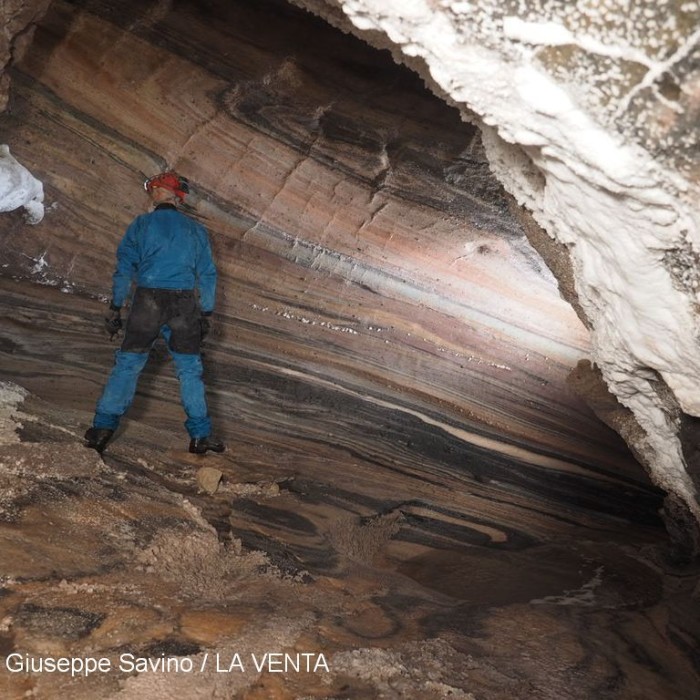 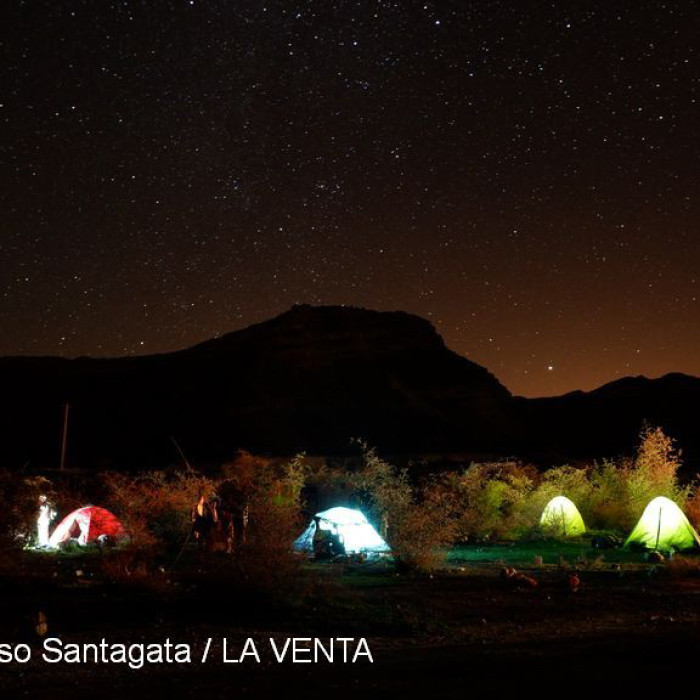