At the end of July this year, the Ferrino ambassador Matteo della Bordella, together with the climbers of the SMAM High Mountain Military Section of the Italian Army, opened the “Valore Alpino” (Alpine Value), a new route on the splendid 6344m South American peak, with the invaluable support of our most advanced mountaineering equipment

The collaboration between Ferrino and Matteo Della Bordella, one of the strongest and best known Italian climbers and member of the historic Ragni della Grignetta group, has begun in the best possible way.

Last July, Matteo in fact left for Siula Grande, one of the most iconic and difficult mountains of the Cordillera Huayhuash, in the Peruvian Andes, to attempt to climb its unclimbed east face, roped together with Alessandro Zeni, Marco Majori, Filip Babicz and Stefano Cordaro, as part of the expedition organised by SMAM, the High Mountain Military Section of the Italian Army, to celebrate the 150th anniversary of the founding of the Alpine corps.

Ferrino was at Matteo's side, providing the most advanced and high-performance models of its technical mountaineering tents and backpacks.

As often happens, the plans drawn up before departure had to come to terms with reality and the conditions of the terrain.

"After the first attempts to climb the east face directly, we realised that this year the wall presented many objective dangers," says Della Bordella. "The winter was poor in snow and, despite the very cold temperatures, many rocks were coming down from above. We made a first attempt on a very cold day, climbing about 100 metres. In the following days, with the arrival of good weather and warmer temperatures, we realised that the rock falls were becoming more and more frequent. We discussed as a team and, in the end, we unanimously agreed that the risk was too high for us. We therefore decided to change our objective, aiming to open a new route on a pillar to the left of the wall, which is more sheltered and safer from rock falls".

Even the new route identified by Matteo and his companions, however, proved to be anything but a mere stopgap: “In the first part, about 500 metres, the route climbs on rock, with difficulties around 6c. It’s not an extreme route, but the climbing is very beautiful, in a truly fascinating high mountain environment. Marco Majori and I led the ascent, while Stefano Cordaro and Alessandro Zeni, who unfortunately could not be with us on the wall, made themselves available to be our support team. In the second part, the climb continued for 600 metres to the summit, over a complex mixed terrain of ice, rock and inconsistent snow. It took us four days to complete the ascent, climbing cleanly, leaving nothing on the wall. It took us another day to complete the descent. It was certainly one of the most tiring expeditions ever. Not so much because of the difficulties, but because of the continuous ascent and descent, as well as the intense cold that we had to endure.”

In these difficult environmental conditions, the support of the equipment supplied by Ferrino proved invaluable.

“During the expedition we had the chance to put our equipment to the test,” explains Matteo. “The two-person Blizzard tent by Ferrino with a Dyneema base, proved to be exceptional for technical mountaineering. It is very light and resistant, ideal for carrying in a rucksack even on the wall. Compared to similar models from rival companies, I particularly appreciated that this model has a few extra centimetres in length, which allows you to keep your boots and possibly your rucksack inside. It is also high enough to sit inside without touching the roof. This is the tent we took on the wall on the Siula Grande and it was essential as the night temperatures dropped to -20 degrees".

The feedback on the other two tents was also very positive: "The Maverick 2 single tent, which I had already used in the past, proved to be a very good product: it is very light and comfortable, you can even sleep in three if you need to, and it is very wind-resistant, with a large and convenient vestibule for cooking. It is a hybrid model between a super-light tent and an ultra-durable, more spacious tent. A good compromise for certain climbs or advanced camps. The Trivor 2, on the other hand, has been my home at base camp: it sets up quickly, resists the weather well and has two very convenient apses for getting in and out or storing gear. In the many nights of torrential rain, not a single drop of water got in".

The 40 + 5 litre dyneema Instinct backpack, on the other hand, was on Matteo's shoulders during all phases of the ascent and, here too, the feedback was more than positive: "I consider it a perfect backpack for mountaineering! Maximum lightness, but at the same time enough space to contain a lot of material. It proved to be very abrasion-resistant, as I sometimes picked it up on rocky terrain and it didn't have a scratch. I found the back and shoulder straps very comfortable, even when fully loaded. The fact that you can remove the lumbar strap is also very useful when you are wearing a harness and have to climb".

"We are really happy and proud of the successful outcome of Matteo and the SMAM group's expedition," comments Anna Ferrino, CEO of Ferrino. "It was a beautiful adventure, carried out in the best style, which highlighted values that are close to our hearts such as team spirit and respect for the environment, and which gave us another opportunity to test our equipment in extreme conditions, with a view to constant improvement and research into innovative solutions.” 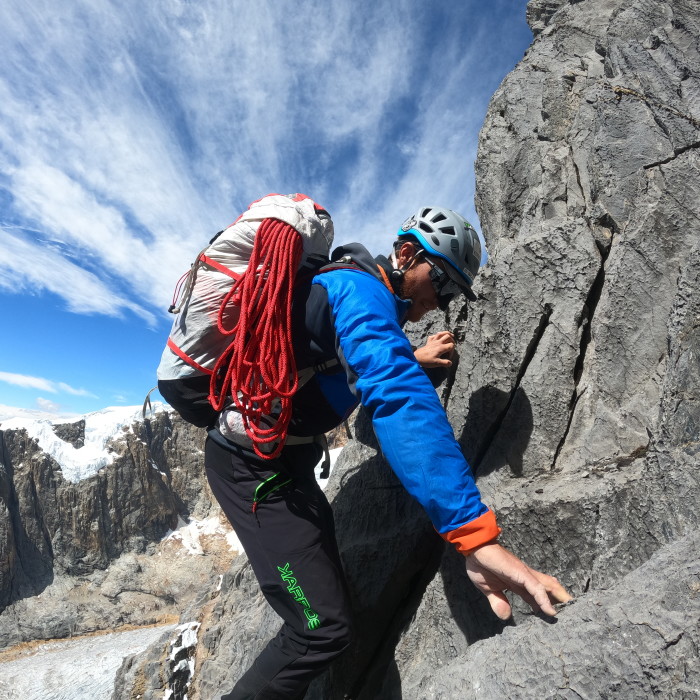 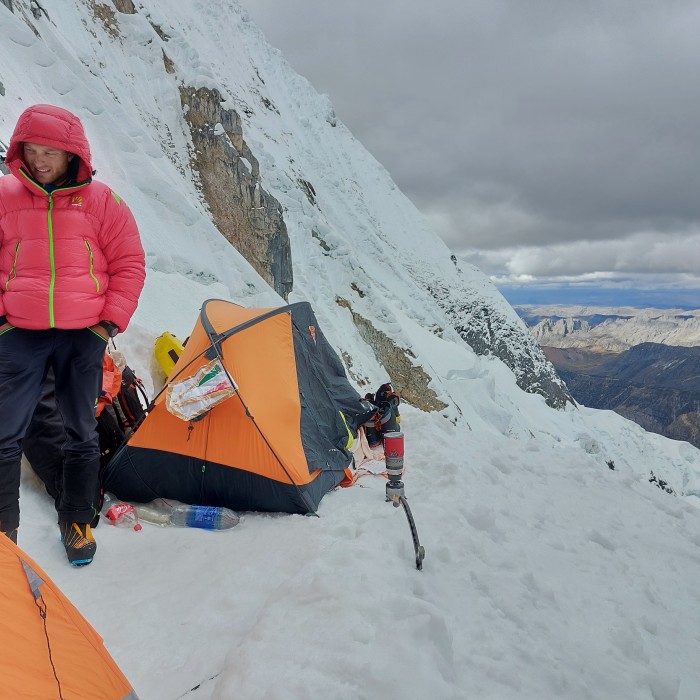 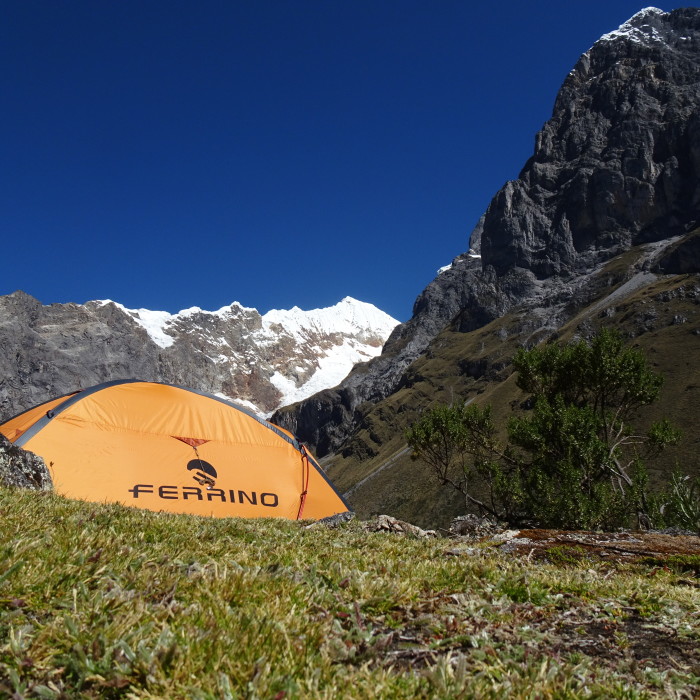 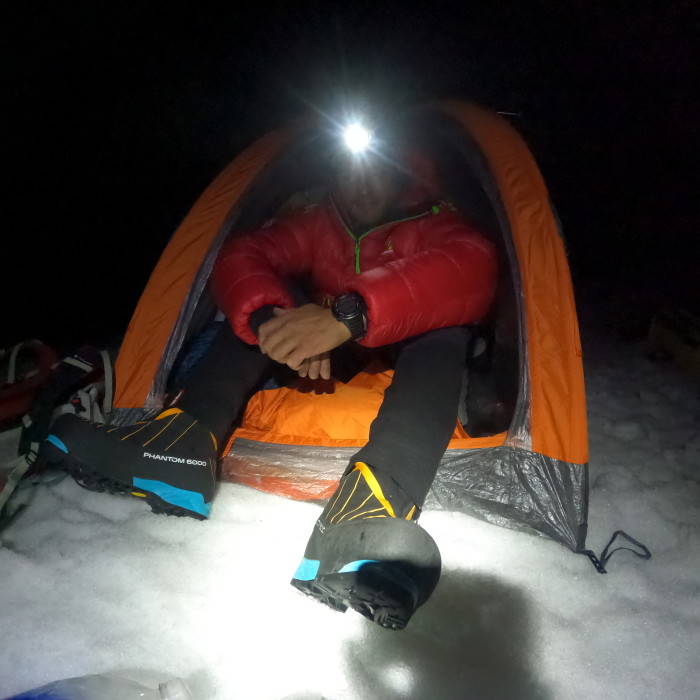 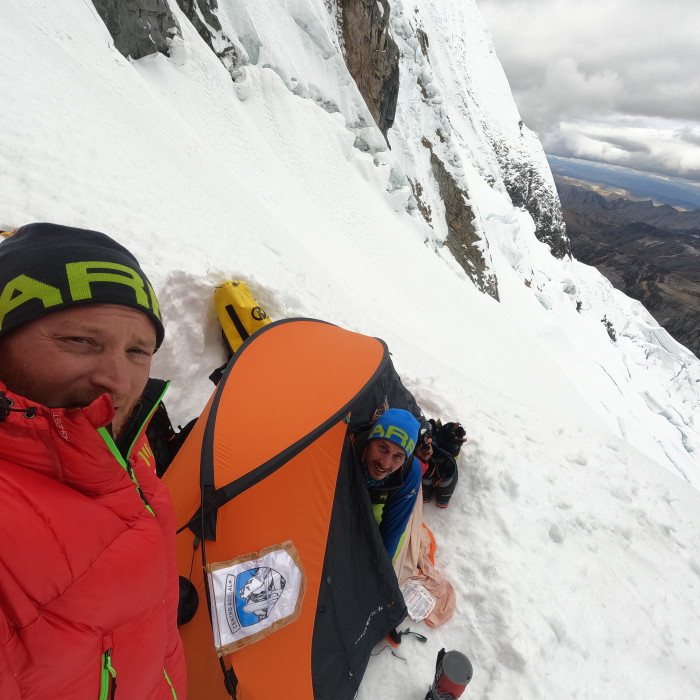 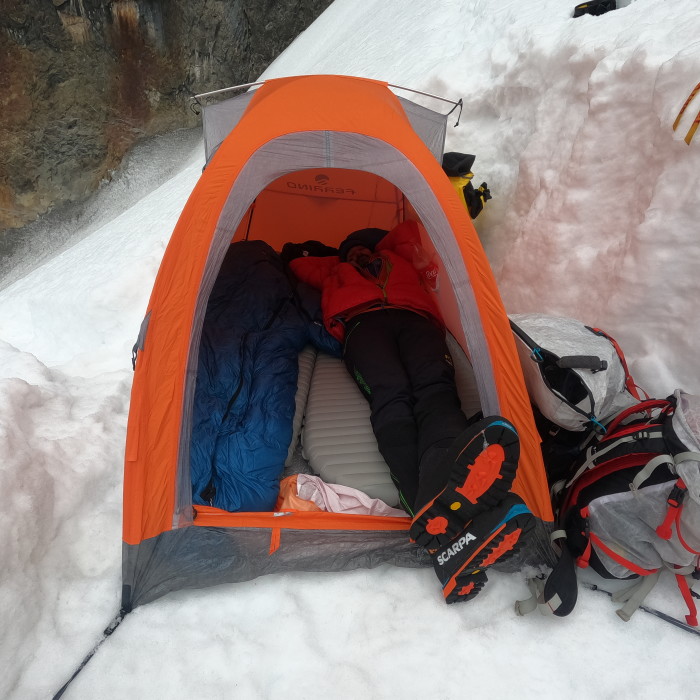 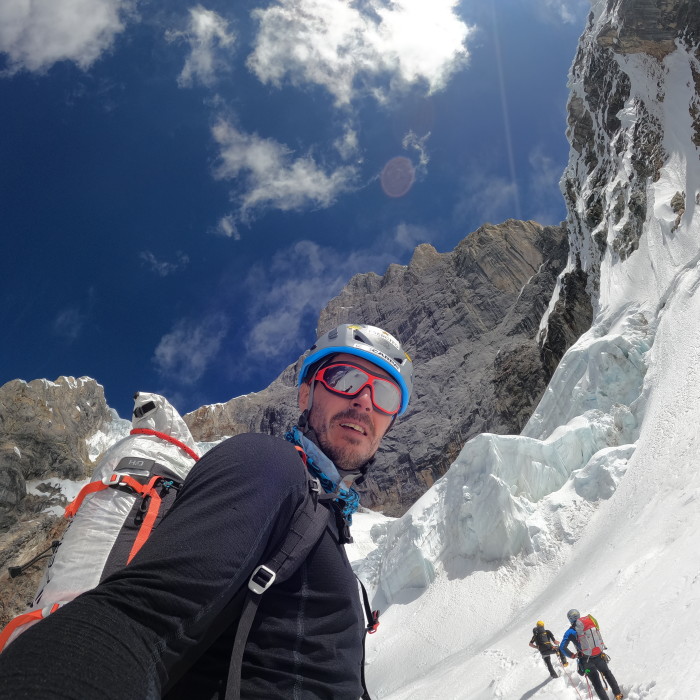 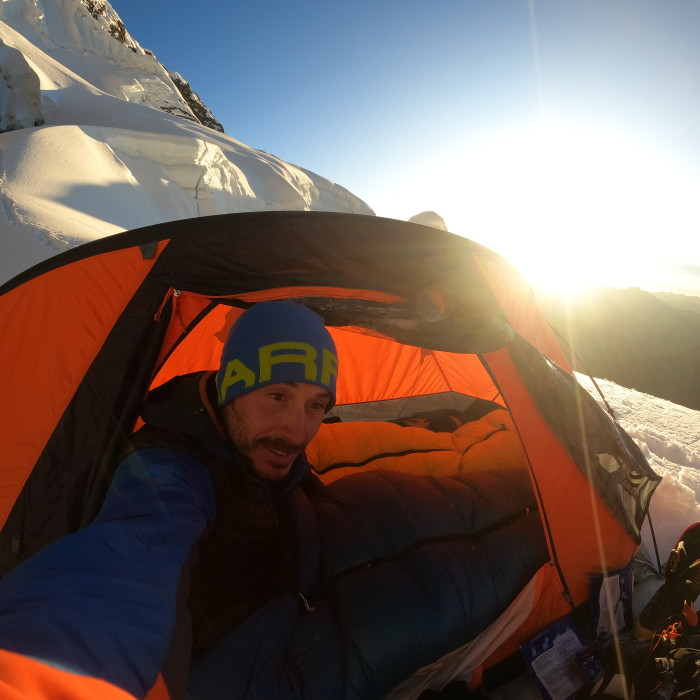 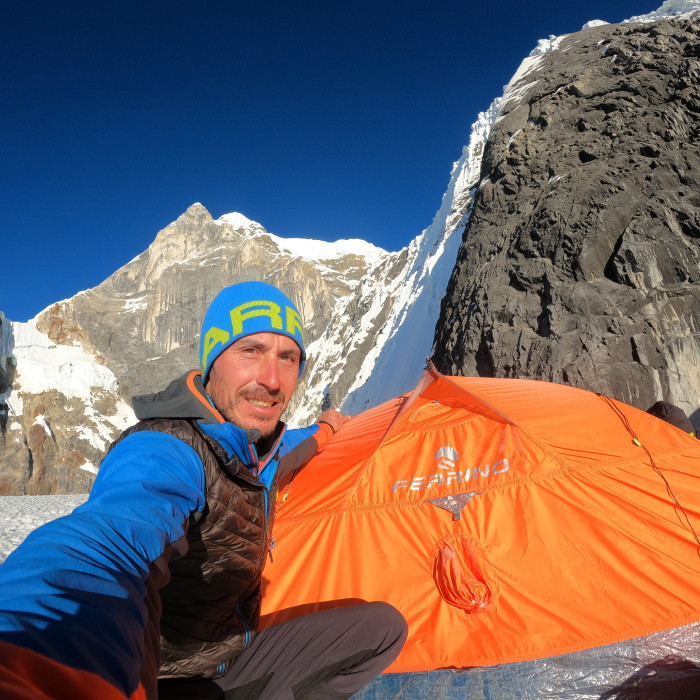 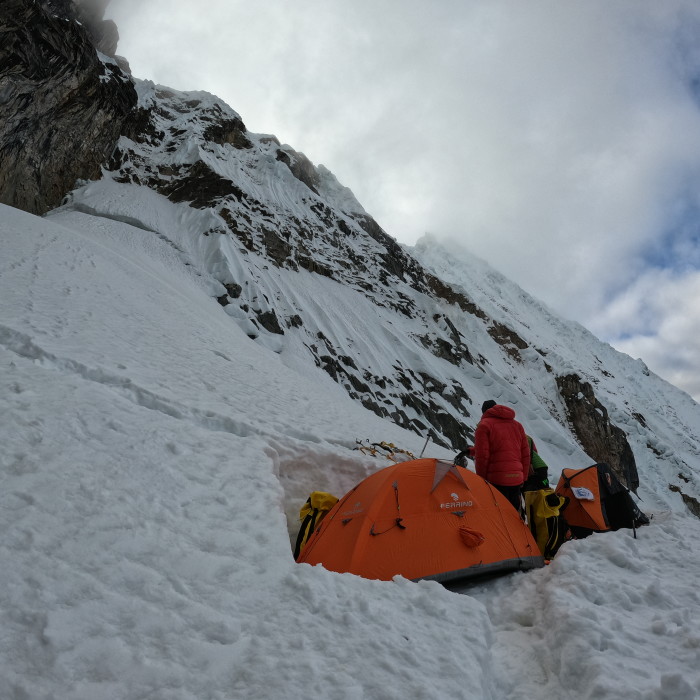 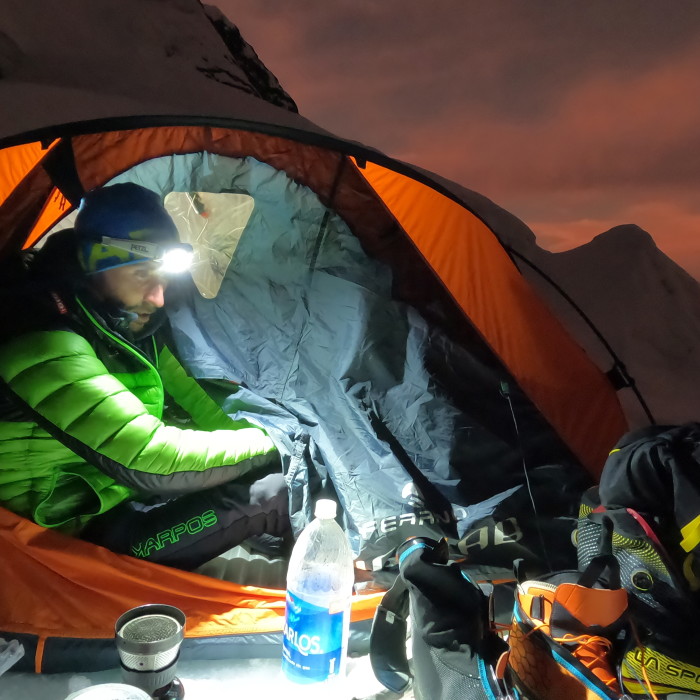 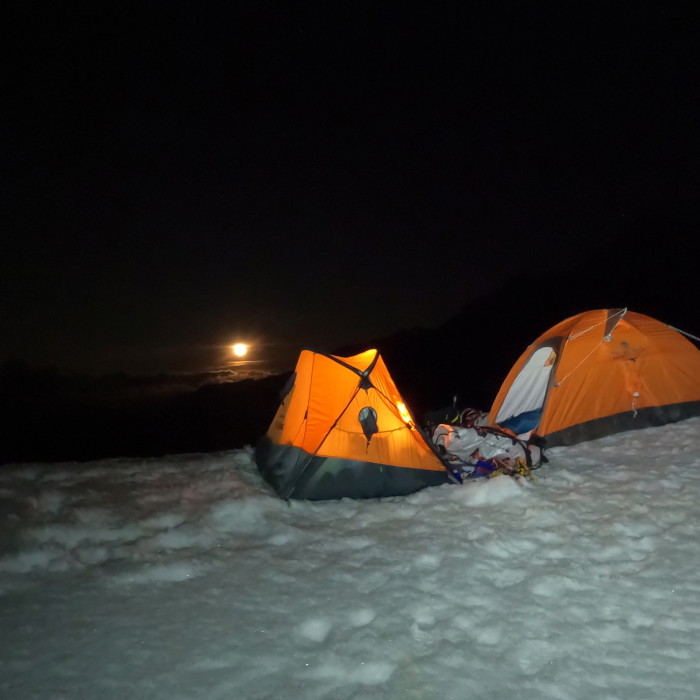 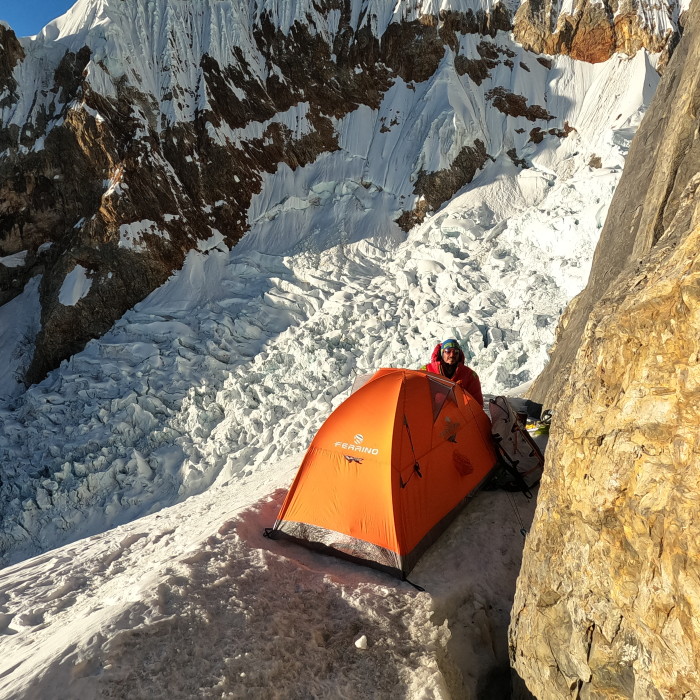