Only North America is missing for Omar Di Felice in order to complete his Artic World Tour. After cycling through Kamčatka, Lapland, Svalbard Islands and Greenland, the ultra-cyclist from Rome moved to Iceland, a land he knows very well because of the many winter adventures he lived there over the past few years. He knows its hurricane winds and the beauty of that boundless glacial scenery that distinguishes it. "After Greenland I was expecting calmer days from a weather point of view" commented Omar after completing his ride across the island. But let's start from the beginning.

I’ve followed a route of almost 500 kilometers, which led me to explore Snæfellsjökul National Park. From there I went on with my journey until I reached Húsafell and the top of the Okjökull glacier, where I symbolically ended the adventure.

You’re talking about the glacier that disappeared due to climate change...

Exactly, I wanted to see it and tell it because it’s a symbolic place.

You mentioned you were expecting a calmer weather, what happened?

Knowing the weather and the temperatures of the island, I expected a warmer weather compared to what I have faced since the beginning of this adventure. In my imagination a simpler situation. In fact, I found myself experiencing the great variety of weather in Iceland, a condition that is unmatched anywhere else.

What does that mean?

Wind, storms. I have never found storms like the Icelandic ones anywhere else. Years ago I read in a guidebook that Iceland is not a country for fools, that was referring precisely to this. To the fact that if you don't check the weather and put your nose out at the wrong time, you take a big risk.

So, storms and snowstorms accompanied your journey?

Only on the first day. The last twenty kilometers of the first stage have been the hardest of the whole adventure. I was forced to get off the bike and push it until I reached the first village. Only during the night the weather calmed down and Iceland revealed its most beautiful face: a very blue sky, lots of snow and the Northern Lights. It has been memorable.

What bike did you use for this crossing?

A fat bike like the one used in Greenland, for the simple reason that I would have wasted too much time switching to a gravel bike, that I will use instead in the last part of the journey in  Canada and Alaska. Unlike in Greenland, I didn't use the sled because I preferred to take advantage of the presence of a village every 60 or 70 kilometers. During the nights I stayed in some small guest houses and I certainly relaxed more than in Greenland, let's say it was a way to recharge myself before leaving and facing the last stage.

What awaits you in Canada and Alaska?

More than 1500 kilometers, which are already starting to be felt after all this time away from home. In addition, it's now in spring, but between March and April the last aftermath of the season in the Arctic area can be more extreme than its central part. I will certainly still find winter and difficult situations. 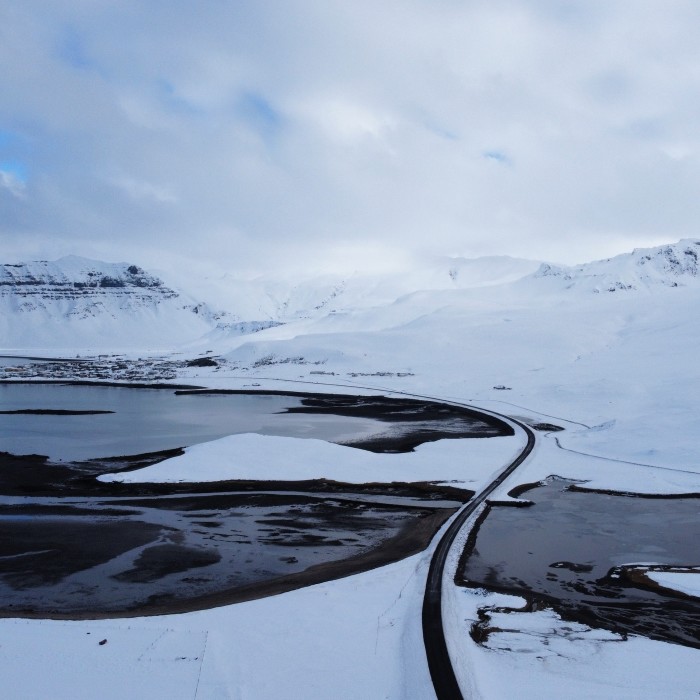 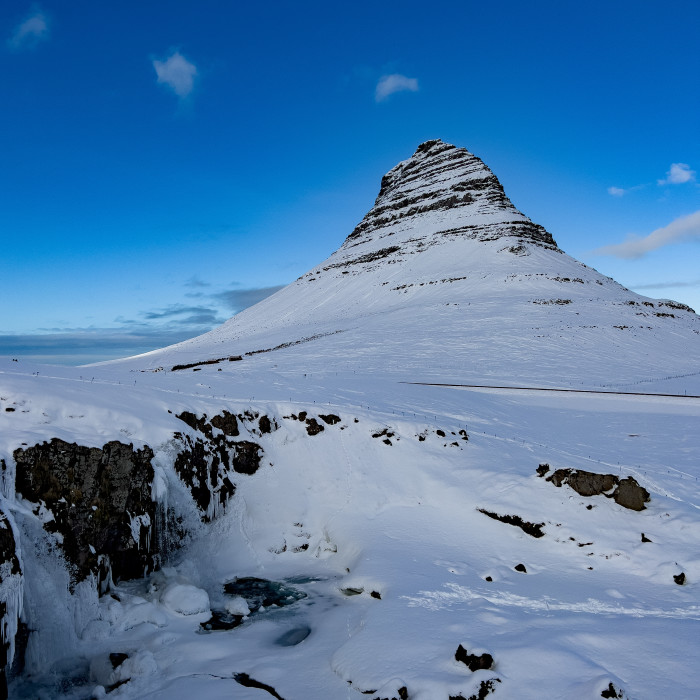