Important! For technical reasons, we are forced to suspend all shipping of e-commerce orders from 11/08 to 23/08. Normal shipping will resume on 25/08.
STORE LOCATOR / OUTDOOR SPECIALIST
SEARCH

The company of Turin founded in 1870 produces tents and backpacks severely tested in high altitude. Human body, in fact, gives feedbacks which often machines can’t report.
In this age of globalization and de-localization it’s quite strange to find, at the Torino’s gateway, whole departments of workers sewing, cutting and designing sporting products. And the wonder it’s even bigger once you see that backpacks and tents are produced here instead of, as usual for the textile, in Far East.

«From the designing department, where the very project starts, we move to the prototyping one, which is basically a little production department, and on the lower floor there's a bigger sector where tents for the Civil Protection and for the humanitarian organizations are produced» says Marco Chiaberge, Ferrino research and development manager. Once we leave the computer room, where all the new models are designed, we reach other two little rooms, headquarter of a small army (never better said, since Ferrino produce tents and backpacks for several military departments, not only for the Italian Army).

In the first space there’re machineries for the interior quality control, made to sample on every product: abrasion, pilling, waterproofing, traction, laceration, everything gets controlled. From the bigger room it comes the noise of the sewing machines. On one side is exposed a huge military tent with inflatable pillars.

«It’s a model employed by the French army as headquarter in high altitude» says Marco. The sewing machines slice fabric pieces for a new hiking backpack and for the new Airbag backpack which will be presented at Ispo 2019. In Turin, where the textile industry tradition was very strong but now left behind, therefore it's not so easy finding specialized workers with the required skills and experiences for cutting and sewing. That’s why Ferrino is very proud of taking this challenge. «Even if the main production comes from the Far East, everything starts here and in Shanghai we have an office with some employed, so we go to the providers with a defined project only to be physically produced. The quality control is entirely made by us».

A little flashback. Before reaching the market a Ferrino backpack or a tent, also all those that we can see at the company or even those ones are been creating in the prototyping department, has at least a year and a half of development. It depends. It depends on the results of the tests. Everything, actually, is proved by a strict group of Mountain Guides and professionals. The first prototype, which has not so much to do for his look with the one which will be sold, is proved directly in the mountains.

After that backpacks and tents are modified following the indications of the testers and in collaboration with the commercial department is made the match with the market requirements. Later those products are tested by a strict group of consumers. A strong help is given by the camps we use for the summer and winter at the refuge Toesca, at 1710 meters in Val di Susa, and only for the summer at Quintino Sella, at 3585 meters into the Monte Rosa’s mountains, tought for the most technical and high altitude equipments. After this long process other prototypes are produced, until reaching the right colour palette. Professionals have made the history and the fortune of a brand which in 2020 will celebrate its 150 years anniversary. Their extreme experiences are being used for the creation of new outdoor products in extreme conditions. One great example is Reinhold Messner, thanks to his experience were created the best expedition tents for high altitude mountain, but also Ambrogio Fogar, or the solitary walking through the desert of Carla Perotti, and even the Antarctic expedition of the ENEA, Gnaro Mondinelli or Simone Moro?

The helicopter climbs up quickly, suddenly from the suburbs of Turin we get to the 3585 meters of  the Quintino Sella at Felik Refuge, at the slopes of the Castore and the Lyskamm. Here, since more than 20 years, Ferrino prepares a base camp with the HighLab tents, a name that’s is not only a pure marketing requirement but it tells about a real high altitude laboratory. The mountaineers who pass there, actually, have the chance to try all the materials and sleep for free there one night, giving this way a great feedback used considering both the physic of the testers and environmental conditions. All these informations are elaborated by technicians in Turin in order to understand how their ideas behaviour on the field, being used by normal users with the same requirements of the customers. This is so important because sometimes an ultra professionals tester is not so helpful to understand the best requirements. Even because sometimes they could have strange ideas: just for giving an example, brothers Franchini for its expedition in the Andes, they asked for a double sleeping bag custom-made and an ultralight tent for being really light.

Only combining needs of different mountaineers it’s possible to realize high quality products and, in the same time, extremely usable. An example? Sleeping bags offered to the Highlab customer at Felik are the same used in its expeditions by Adriano Favre, director of the Alpine Rescue of the Valle d’Aosta and hearth of the project. 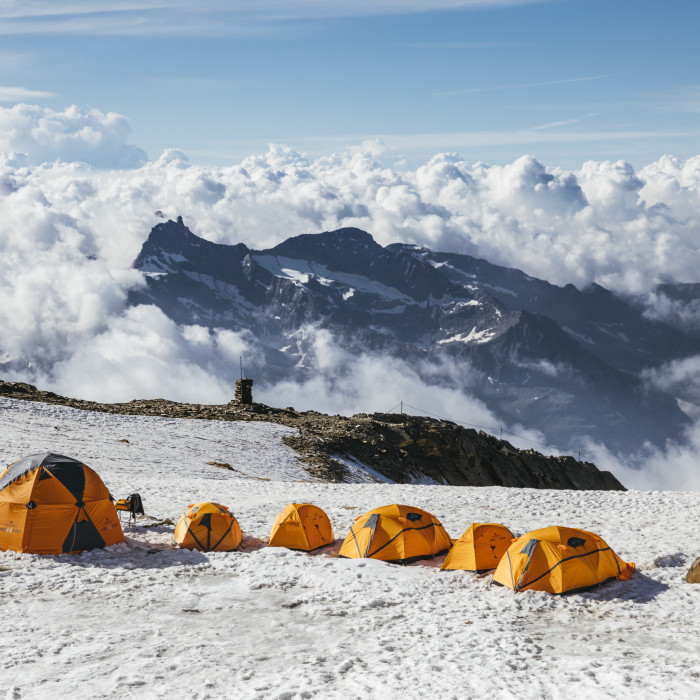 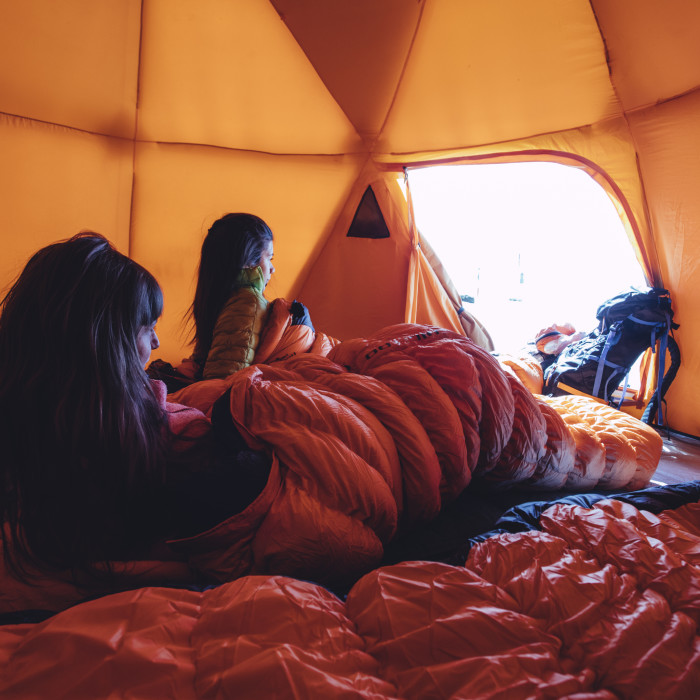 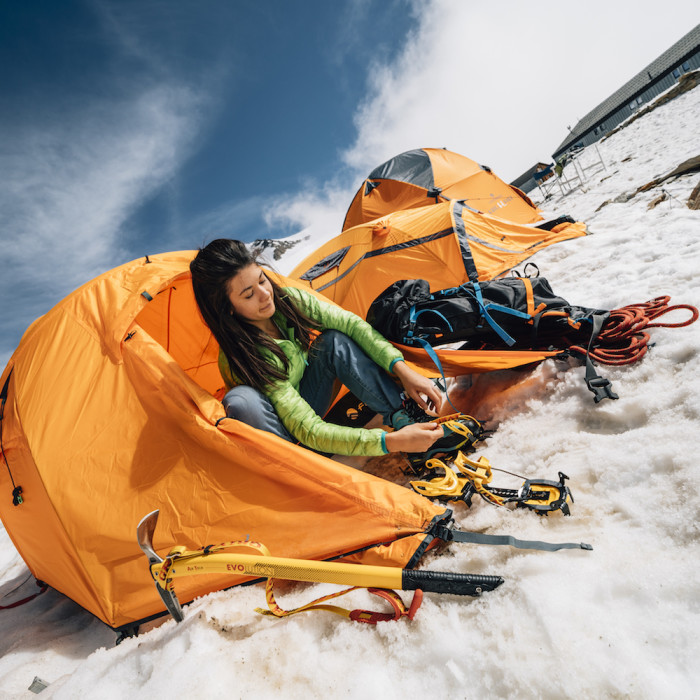