Carie will continue its journey at some European film festivals and will soon be available on the big screen.
Here’s the teaser.

Carie (“cavity”) is a hole made by a woodworm that responds to the name of “climbing”.
Carie is what remains of the degeneration process of a tissue, in this case of a place.

These two concepts summarize this project, which has its roots in the immense reservoir of inspiration which is climbing. Its purpose is to observe an apparently distant place, in contrast with the natural beauty and find its own "beauty" through climbing. We have used this discipline as a way of interpreting these spaces.
Carie is not an investigation, nor a complaint or a position but a look at that world by a group of climbers attracted by the aesthetics that these places have, by their history and their contradictions.

How did it all start?

Carie was originally born from a photo shoot project for Ferrino & Rockslave, organized by Marzio Nardi together with Achille Mauri and Federico Ravassard at the Carrara marble quarries.
A project that start as a sport vision soon swithces focus, showing the environmental side of this wounded territory, the Apuan Alps, mountains that are no longer mountains because destryed by commerical mining.
From here the idea of Marzio, Achille and Federico grows and doesn't limit itlsef in just taking pictures, but giving voice to a territory and a community.
Above all, they study the relationship between the mountains, verticality and obstinacy, which represent's the soul of these places, somehow bringing us back to the soul of climbing.
This is how forgotten spaces become theater for new gestures that follow the linearity of the shapes between cracks and quarry cuts, and evrything that sorrounds them. 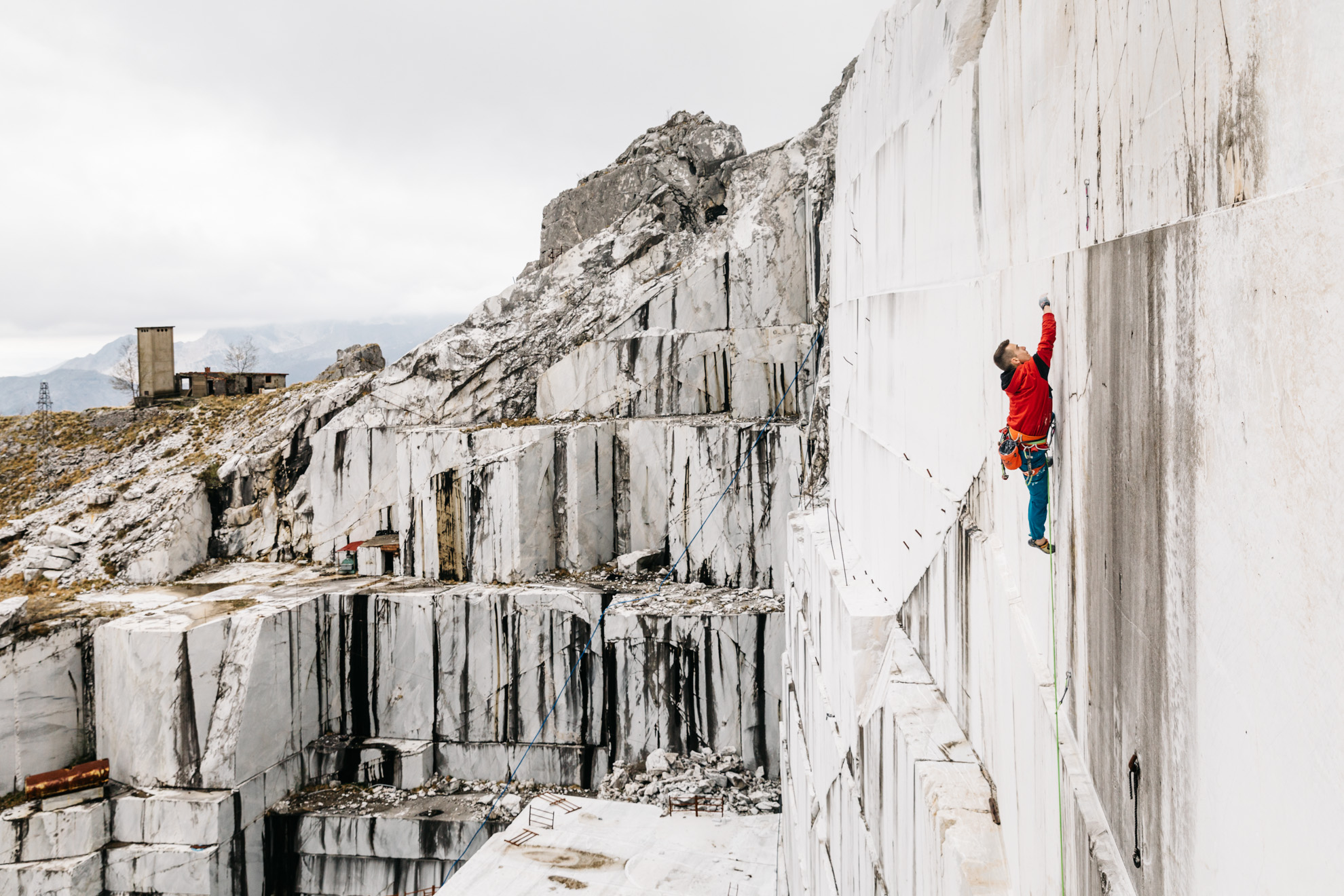 More infos about the project