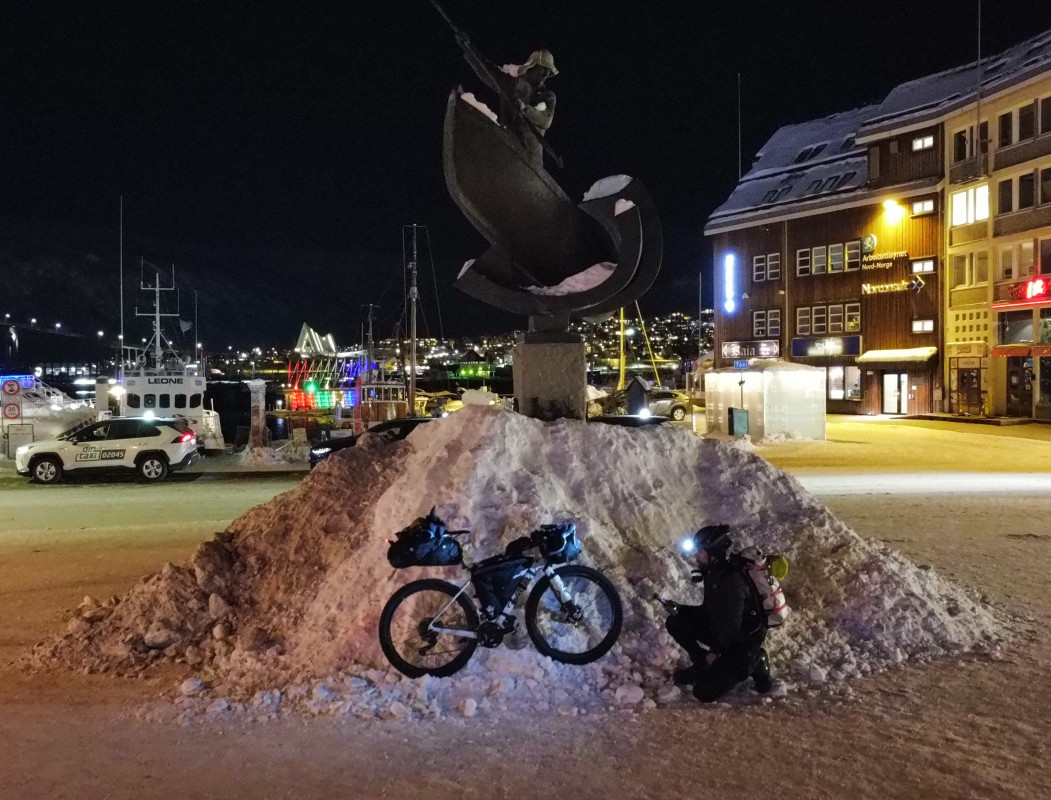 Omar Di Felice’s Artic World Tour is going on. After having crossed Kamchatka, he flew to Lapland to resume his ride along the Arctic Circle in the middle of winter. In 7 and a half days he covered 1200 kilometers from Murmansk, Russia to Tromsø, Norway. Between Finland and Sweden. A long ride in the presence of the Northern Lights, on icy and lonely roads.

Omar, let’s sum up this last week. How was it?

In some respects it was easier than Kamchatka. I found paved roads instead of off roads as in the beginning of the journey. This gave me confidence and pushed me to do 200 or 250 kilometers a day in the first few days.

Did you slow down afterwards?

Towards the end of the Russian section I had food poisoning and, at the same time, I found myself facing several bureaucratic problems at the border due to new restrictions. Eventually I had to wait half a day and be escorted out of Russia by the police.

How long did it take you to recover?

I had to face 24 difficult hours, both physically and mentally. Once I arrived on European soil, it took me a couple of days to get back to full speed.

In an adventure like the one you’re living, negative aspects and moments of great charm alternate. What struck you the most during this ride?

Surely the woods of Lapland, a beautiful region where trees rise for hundreds of kilometers without interruption. Only occasionally do some villages emerge, about 50 or 60 kilometers from each other. And every evening, it was enough to look up to the sky to be stunned by the spectacle of the Northern Lights

How did you manage the cold temperatures?

It has been very tough at first, the thermometer dropped to -36 degrees. Then with an overcast sky the climate became more forgiving.

After arriving in Tromsø, the project is not yet over. What awaits you now?

Here I got my fat bike with sled and everything I need for the second part of the trip. I had shipped everything before leaving, in order to be organized. Now it's time for Svalbard and Greenland, two places that intrigue me a lot both because I've never been there and because it's the land of polar bears.

Are there any risks because of their presence?

Just a few rules to respect. In Svalbard there are government regulations that require a guide who every evening check the stopover for the night. In Greenland, on the other hand, I will be completely alone for several hundred kilometers, but the presence of bears is not so massive. 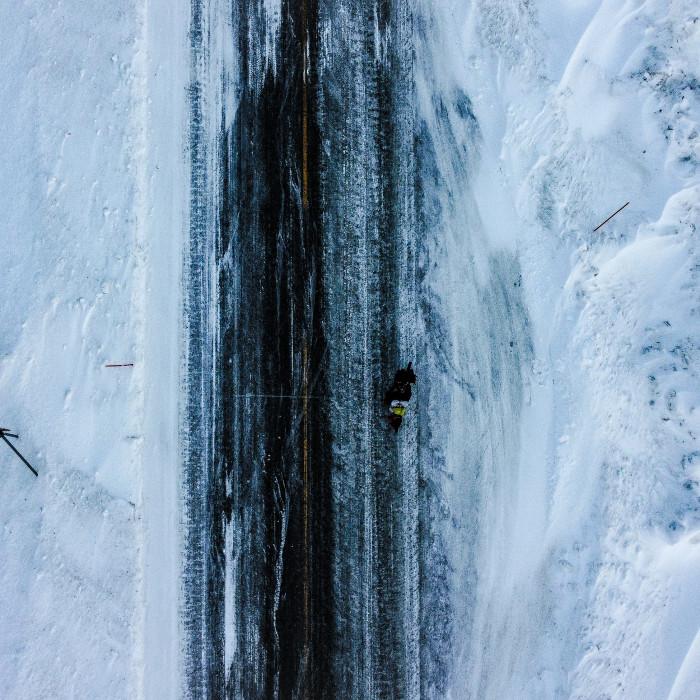 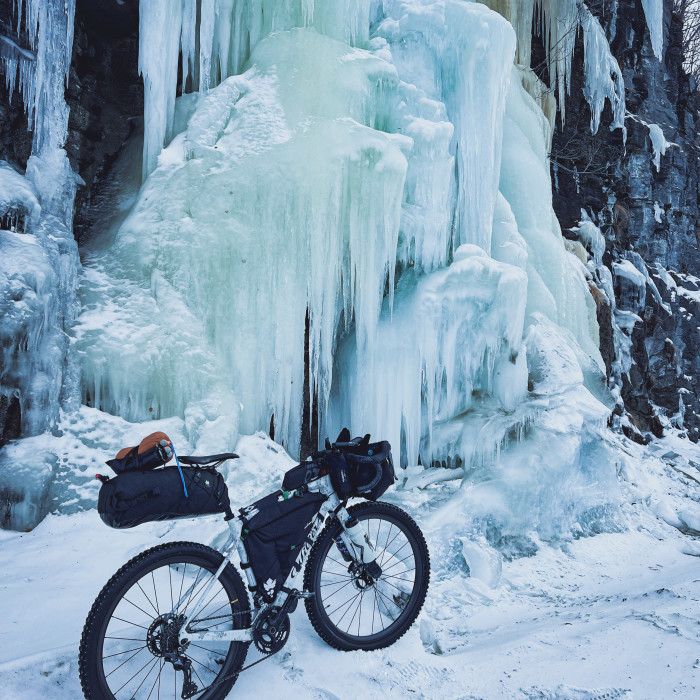 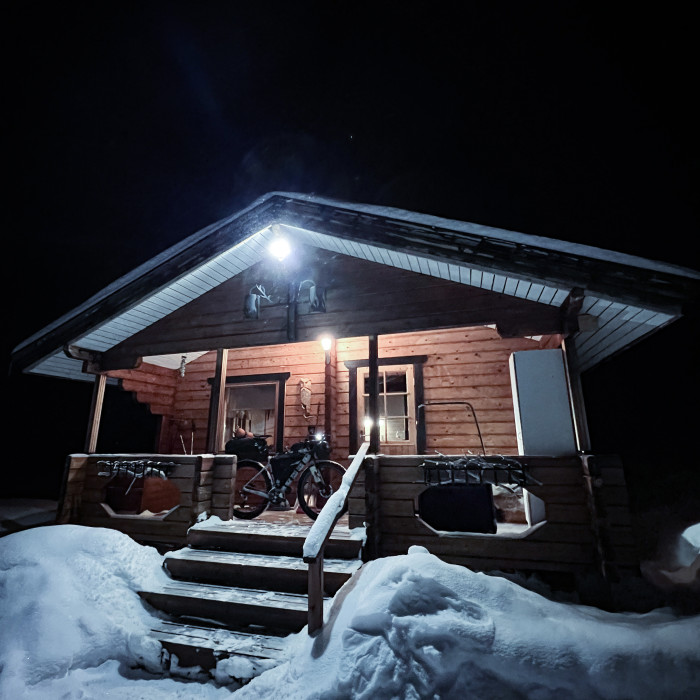 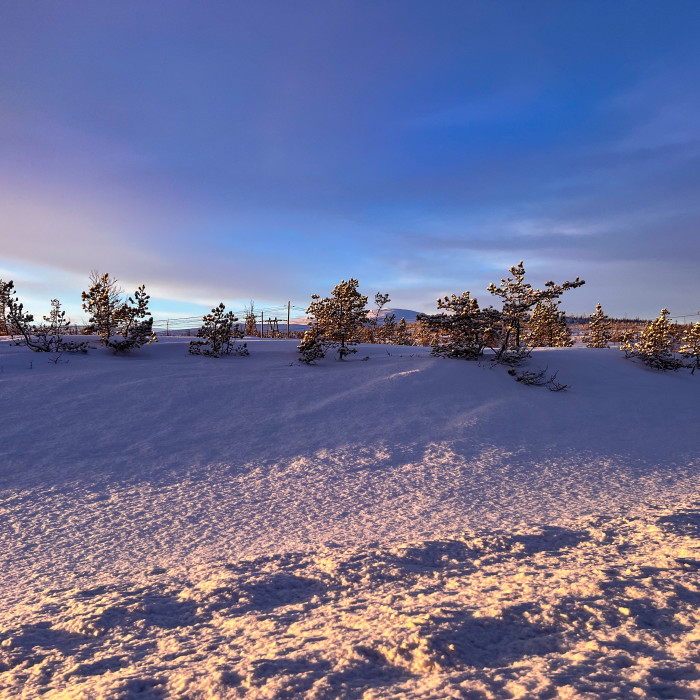 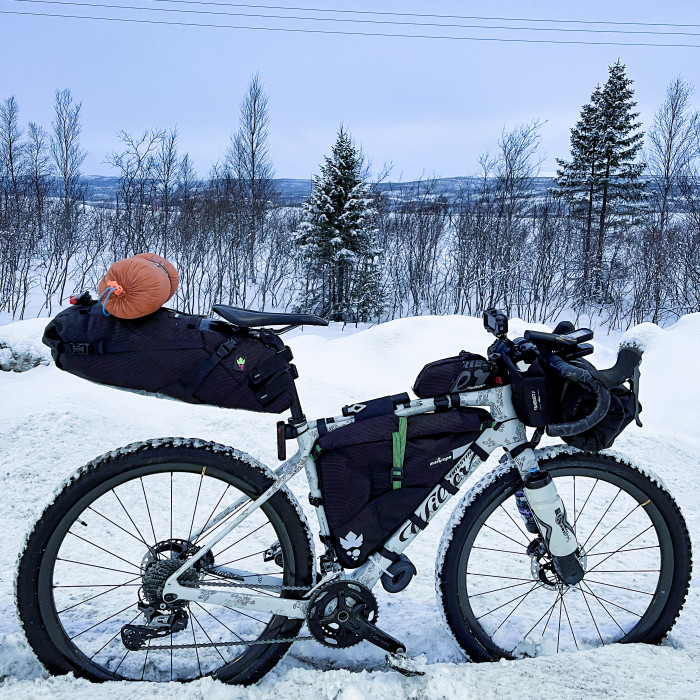 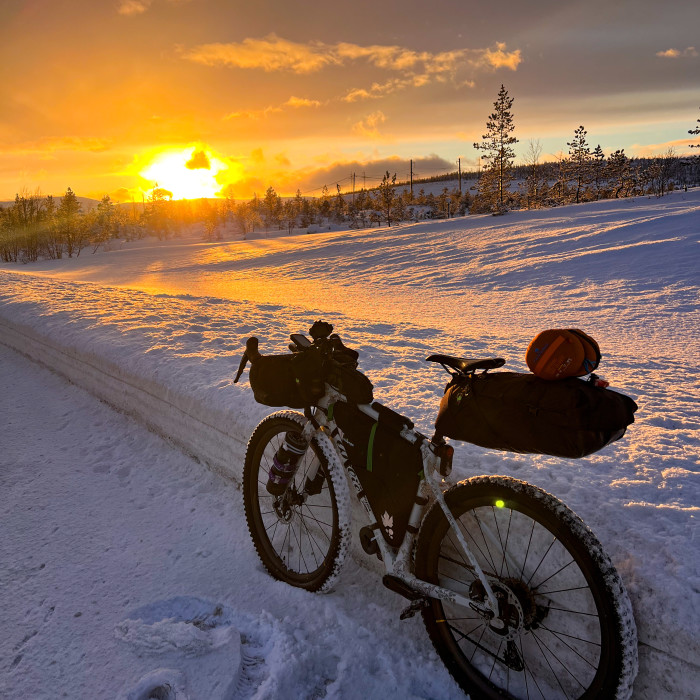